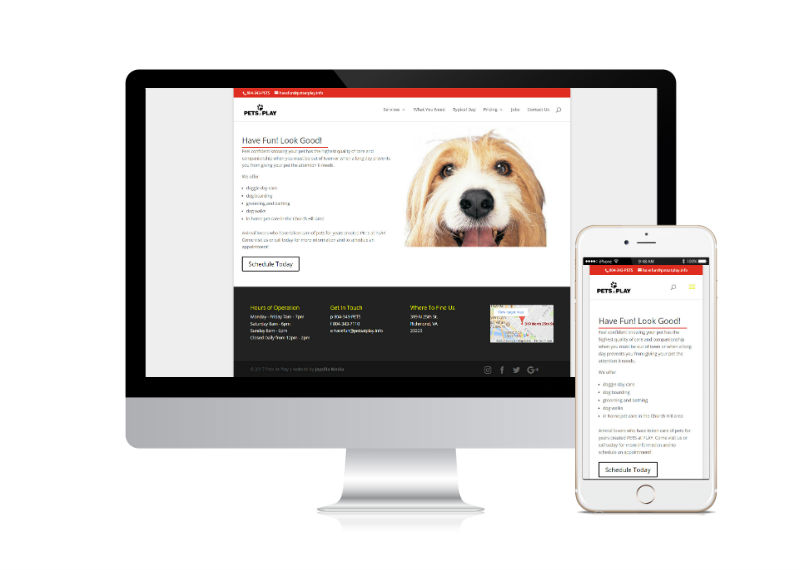 Pets at Play was one of my first local projects. I’d noticed the old website, while really cute, was super outdated and totally not friendly on mobile at all. The site had been done in Flash, so none of the content was indexable. The only thing that showed up in a site search was a job application PDF.

The owner was pretty specific in what she wanted, but she didn’t want much. She wanted basically the same website she had before, but she wanted it mobile friendly. She was using Google, Facebook, and Yelp reviews pretty heavily and wanted to make it easy to integrate everything. The content had already been written, but she couldn’t modify it before, so she wanted a way to be able to update content herself.

The solution we gave her was very straightforward. A very, very simple design (I was afraid it was too simple, but she expressed often how much she liked it), a few social media links, a contact form with a captcha, and a framework that allowed her to modify content as much as she wanted. Oh, and everything is totally indexable by search engines now. Her SEO can only go up from here, and it was good before.

While I was at it, I also set everything up to use HTTPS. Turns out her host was already set up that way, so only the content needed to be updated. 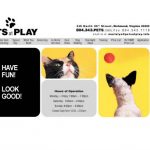 Before: Pets at Play – Desktop 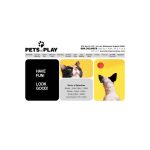 Before: Pets at Play – Mobile 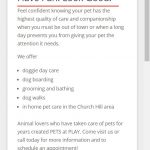 After: Pets at Play – Mobile 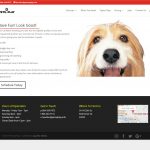 After: Pets at Play – Desktop

Want to quickly get in touch?